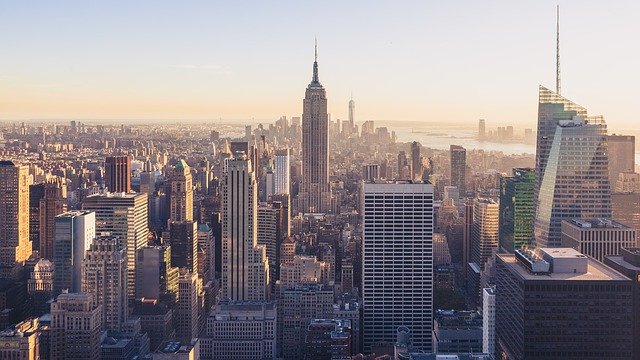 We have more data available than we have ever before.

Get access to the reports you need for your research.

The Week Behind (& The Week Ahead)

We've had a few central banks reports so far in September, but they've all been warming us up for the one of the bigger FOMC meetings in recent time. We'll be combining the "Week Behind" and "Week Ahead" sections to spotlight some top commentary previewing the Fed meeting. Some think that tapering is still an option in September despite the trouble that has come with Delta, but the conesensus has become more ambigiuous as uncertainty has risen. New projections also introduce another level of anxiety as inflation expectations could see major adjustments if the Fed indicates that year-end inflation is set to be higher than previously forecasted. There certainly is a lot to unpack, here are some thoughts:

ING: A no change decision at the upcoming FOMC meeting looks a foregone conclusion. The Fed funds target range will be kept at 0-0.25% and monthly asset purchases maintained at $120bn per month despite decent activity data and elevated inflation readings that are running at double the Fed’s 2% target. Just six weeks ago this wasn’t necessarily going to be the case. Several regional Fed presidents were openly questioning the need for quantitative easing stimulus, including St. Louis Fed President James Bullard who argued “it’s not clear to me that we’re really doing anything useful here”. Dallas Fed President Robert Kaplan agreed, stating “these purchases are not well suited to the environment we’re in now… I think the best thing to do is, early, begin weaning off that medication”. Several others spoke of it being at least “appropriate” to start the discussion of “dialling back” the stimulus

Danske Bank: The Fed is in a difficult position amid slower growth and still high inflation. Given the weak jobs report and lower-than-anticipated inflation in August, we expect the Fed will refrain from providing more details at this meeting, as the Fed has already made it clear that tapering is set to begin before year-end. We believe the tapering pace is more important than the timing. We continue to expect that tapering will be concluded in mid-2022. We expect the Fed to raise the ‘dots’ by signalling the first rate hike in 2022 (up from 2023 currently). We still expect the first rate hike in H2 2022 in either September or December.

Wells Fargo: The Federal Reserve is currently purchasing $80 billion worth of Treasury securities and $40 billion worth of MBS every month, and many market participants look for the FOMC to commence a "tapering" of its asset purchases in the near future. In our view, the disappointing labor market report for August and the uncertainties imparted by the recent surge in COVID cases on the economic outlook mean that an announcement of tapering at the upcoming meeting is quite unlikely. However, it is important not to miss the forest for the trees. Progress continues to be made toward the Committee's goal of "maximum" employment. Unless the economic recovery is completely derailed over the next few months, we believe a taper announcement will be forthcoming at either the November or the December FOMC meetings. The Committee could potentially use its statement to signal the timing of tapering commencement. For example, changing the first sentence of the statement and/or characterizing the risks to the economic outlook as more "balanced" could signal that the FOMC believes that tapering is imminent. That said, we believe that the Committee will refrain from making substantive changes to the wording that it uses in the September 22 statement. Will the "dot plot," which shows the expected pace of rate hike among the 18 Committee members, shift? A downgrade to GDP growth forecasts could cause some dots to shift lower. But forecasts of lingering inflation next year may lead some members to conclude that the pace of tightening that they expected three months ago is still warranted.

TD Bank: The Federal Open Market Committee meets next week to deliberate on the course of monetary policy. Importantly, the Fed’s statement will come alongside renewed projections for economic growth, unemployment and inflation. Economic growth projections are likely to be downgraded, but to rates that are still well above trend. The pace of improvement in unemployment is also likely to be slowed, but still make progress. The inflation forecast is also likely to see an upgrade in the near-term, marking to the data. With these economic views, the Fed is likely to communicate that in order to ensure inflation remains transitory it must begin preparing to withdraw policy support. The first step is to slow the pace of asset purchases, which is likely to happen this calendar year. The Fed’s statement is likely to emphasize that this does not mean that policy rate hikes are around the corner, but as long as growth continues, they may not be too far on the horizon.

CIBC: Quantitative easing, at least at its current pace, may still have outlived its usefulness. Bond yields are so low that the case for maintaining the current pace for Fed purchases isn’t obvious. Each time the Fed takes bonds off the market in exchange for reserves that pay a floating rate, it shortens the term structure of federal debt held by the public, as those overnight reserves are also a government liability. With that debt now much higher than pre-pandemic, it might be prudent to curtail such term shortening if the economy doesn’t need it. But the market will still see a tapering announcement as a sign of increased confidence in the economic outlook. Given the recent clouds from both Delta and the last payrolls data, the Fed could well decide to wait one more meeting before setting its plans in stone. That ties into one other power that Jay Powell doesn’t have: the ability to predict the course of the pandemic. The Fed’s headquarters, and each regional office, are flush with economists, not epidemiologists. The FOMC will publish its economic outlook, one likely dented a bit in the near term, but full of confidence about both dampened supply-shock pressures on prices, and an improving jobs market, as we move through 2022. It might even bring forward some of the rate hikes that lie further out in the future.

Pictet Wealth Management: The main message from the Federal Open Market Committee (FOMC) meeting on 22 September will likely be that the Fed will announce QE tapering at the following meeting, on 3 November. This would be in line with the well-telegraphed schedule; we think Chairman Powell, who is seeking re-nomination, is mostly in ‘do-no-harm’ mode for now.

Chart of the Week